The British proconsul or Britain’s chief representative to genocidist Nigeria 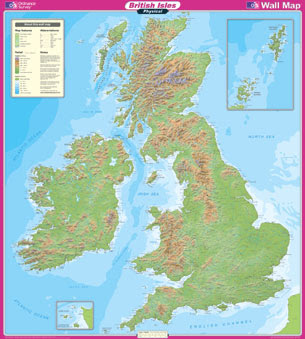 Few now fail to observe the unassailable ascent of the Biafra freedom movement. The convulsive desperation being exhibited presently by the British chief representative to genocidist Nigeria in speech after speech in this “country” of Britain’s denouncing Igbo/other African peoples’ rights to self-determination speaks volumes of British acknowledgement, however belated, 51 years later, that neither it nor its client co-genocidist state Nigeria can stop the triumph of Biafra freedom. No one else can. The Igbo are gone! Gone! Free!

Some would probably argue that the chief representative’s rantings, condemning African peoples’ inalienable rights to freedom whilst on the ground in the “foreign land” of their posting as a “diplomat”, is “not diplomatic”. This representative would retort, and correctly so, that their position in Nigeria is far beyond that of the “conventional diplomat” but that of a proconsul – from suzerain state Britain.

Two major unfolding events in Britain itself and the perceived, related consequences that these could have on the politics of the ongoing Igbo genocide waged by both Britain and Nigeria account for this proconsul’s unrestrained utterances on African freedom and feeling of bitterness: (1) Scotland’s (nation and state positioned at north region of Britain) quest for restoration-of-independence from Britain after 310 years of union and (2) British departure from the European Union after 44 years of union. Both “unions”, it must be stressed, were consummated because of the voluntary wish or disposition of each of the constituent members/parties.

As I have shown elsewhere
(http://re-thinkingafrica.blogspot.co.uk/2012/01/rights-for-
scots-rights-for-igbo.html), Scotland is a very unlikely candidate to wish to leave the British Union given the exponential benefits that it has derived from the association for three centuries but the Scots insist that they want to exercise their inalienable right to freedom, a right recognised by the United Nations as a right for all peoples. Nicola Sturgeon, Scottish first minister couldn’t be clearer on this goal of the Scottish mission: “Our dream is for Scotland to become independent … To be in the driving seat of our own destiny, to shape our own future”. In her own 29 May 2017 letter to EU President Donald Tusk formally triggering British exit from the EU, British Prime Minister Theresa May unequivocally strikes the chord of freedom: “[we are leaving the EU] to restore our self-determination”.

Both Sturgeon and May declarations on freedom are at the core of the historic Igbo freedom resolve made on 29 May 1966, 51 years earlier, to exit from the British-created Nigeria conquest-“federation” in response to the Anglo-Nigeria launch of the Igbo genocide, this foundational genocide of post-(European conquest) Africa. Both genocidist states’ collaborators murdered 3.1 million Igbo people, 25 per cent of this nation’s population, during phases I-III of the genocide (29 May 1966-12 January 1970) and have subsequently murdered tens of thousands of additional Igbo during phase-IV of the crime which continues to this day.

In the wake of Brexit and the Scots’ restoration-of-independence drive, such high-profile and most unprecedented manifestations of freedom for the peoples not seen recently within Britain, the British government has no confidence at all that its clients in Nigeria can adequately articulate the seeming complexity of explaining to African peoples in Nigeria why their “country” should be waging a 50-year-old genocide against Igbo people, an African people, for demanding to be free to be in the “driving seat of [their] destiny, to shape [their] own future”, “to restore [their] self-determination”, just as the Scots and the other constituent peoples in contemporary Britain so wish.

That task of explaining has been assigned to its chief representative in Nigeria and the outcome is the staggering racist vituperation voiced by the envoy and covered in the media in Nigeria. Reading through the vitriol, it appears that the proconsul is not only actively waging this phase of the Igbo genocide but is also confronting the Igbo all over again as in the enslaved plantation estates of Virginia, the Carolinas and elsewhere in southern United States and in Jamaica and Barbados and Saint Domingue of the Caribbean after not too many centuries since... The hostility to African freedom can indeed be devastating to the psyche of its assailant(s)… A Fanonian diagnosis here couldn’t be more instructive.

British chief representatives in genocidist Nigeria as proconsul did not, of course, emerge with the recent dramatic developments of Scottish freedom and Brexit. Nigeria, it cannot be exaggerated, belongs to Britain; Nigeria is Britain’s (for a more expansive range of discourse on this theme, see Herbert Ekwe-Ekwe, “Igbo genocide, Britain and the United States”, http://re-
thinkingafrica.blogspot.co.uk/2015/10/herbert-ekwe-ekwe-conquerors-concord-in.html).

Right from the outset, beginning of the Igbo genocide in May 1966, the resident British chief representative, Francis Cumming-Bruce, was proconsul liaising unabashedly with Yakubu Gowon-Yakubu Danjuma-Murtala Mohammed genocidist cells in the Nigeria military and civilian genocidist operatives who were on their premeditated goal raging and murdering any and all Igbo in their sights. During phase-III of the genocide (6 July 1967-12 January 1970), some ex-British conquest administrators/officials who had worked in Nigeria and were back home were often tagged as more “coherent spokespersons” who “rationalised” the genocide than the official Nigerian genocidist spokespersons especially Tony Enaharo, Alison Ayida, Murtala Mohammed, Obafemi Awolowo. The British Broadcasting Corporation, that state broadcaster, particularly its World Service channel, was nothing short of being the external radio station for the prosecuting Nigeria genocidist junta in Lagos. This service was much more robust in its “rationalisation” of the genocide (“one Nigeria”, “territorial integrity”, “inviolability of colonial-set frontiers”, “indissolubility of colonial-set borders”, “rebels”, “unacceptable precedence for rest of Africa”, “secessionist!”, “secessionist!”, “secessionist!”…) than the rambling, ramshackle Voice of Nigeria.

We should note that neither the BBC nor any major broadcaster, news agency, webcaster and the like in the European World/West would dare use any or a variation of the epithets in the parenthesis above employed to demonise Igbo freedom in commentaries/discussion on the Scottish freedom movement or those of the English, Welsh or Irish peoples of the British Isles or indeed that of Catalonian people in Spain currently on course.

Biafrans have an opportunity to begin to build a new civilisation where human life, fundamentally, is sacrosanct. This salient feature cannot be overstressed. Nigeria has been, for the Igbo, a haematophagous quagmire throughout its history especially since 1945 when the first organised pogrom against Igbo immigrants in Jos (northcentral Nigeria) executed by the Hausa-Fulani/islamist north took place under the very watch of the British occupation regime. Hundreds of Igbo were murdered and their homes and other property looted or destroyed. This pogrom was followed by yet another in Kano (further north) in 1953, executed by the same assailants, again under the watch of the British occupation. These dual-pogroms became the prelude,  the “dress rehearsals” to the concerted launch of the Igbo genocide by Anglo-Nigeria on 29 May 1966. In neither the Jos nor Kano pogroms did the British prosecute anyone involved in the Igbo massacres. Those writing the scores of the Biafra freedom symphony are aware of these crucial interlocking features of this devastatingly tragic history of Igbo people.

The Biafran freedom mission is therefore not geared to begin to construct a state that is merely post-genocide or post post-conquest/post post-“colonial” state of Africa – in other words, cancelling out here and there, in some mechanical venture, that which was Nigeria, arguably “Berlin-state” Africa’s most notorious state. Instead, Biafra is a realisation, a profound reclamation of that which makes us all human and part of humanity. Biafra is a beacon of the tenacity of the spirit of human overcoming of the most desperate, unimaginable brutish forces. Biafra is a haven of creativity, humanism, and progress, in the wake of the gruesome and expansive Igbo genocide.