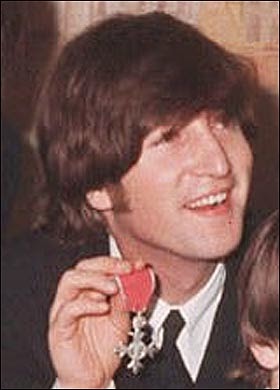 (Medal is sent back to Buckingham Palace, London, 25 November 1969)

ICONIC BEETLE’s John Lennon sends back the 1965 MBE knighthood medal bestowed on him by Queen Elizabeth II of England over Britain’s instrumental role in the perpetration of the Igbo genocide with its client state Nigeria in which 3.1 million Igbo people or 25 per cent  of this nation’s population are murdered between 29 May 1966 and 12 January 1970 (phases I-III) in this foundational genocide of post-(European)conquest Africa